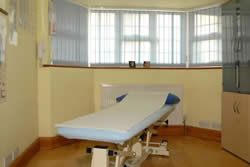 How the practice has developed

The course of my career to date


I began working as a physiotherapist in private Practice after having worked for 4 years in the NHS as both a junior and senior physiotherapist, mainly in Outpatient work but having completed a number of rotational posts to give me a broad experience before specialising in musculo-skeletal work. At this time I also completed my membership of the Manipulation Association of Chartered Physiotherapists (by examination). This is a separate sub group within Physiotherapy which maintains high standards in musculo-skeletal work.

My practice was located in Langley Vale, Epsom for 8 years before being relocated in Ashtead. I continued to work day and evening clinics throughout the years in which my family was growing up.

In 1992-4 I completed a Masters degree at St. George’s Hospital in Health Sciences which gave me a broader based background in areas such as medical sociology, medical psychology, health promotion and disease prevention, life sciences and epidemiology.

I have served as Chairman of our local branch of The Chartered Society of Physiotherapy, West Surrey, between 2003 and 2006. I have also held office on the committee of the London Branch of the ‘Physiofirst’ organisation.

In 2000 I became more interested in the differences and similarities between the professions of Osteopathy and Physiotherapy as I had attended many courses which were open to both professions. I decided to add to my body of knowledge by completing a BSc Honours in Osteopathy which I did between the years of 2004 and 2007. This was done at the London School of Osteopathy via an accelerated learning programme which was designed for Physiotherapists. I graduated with a first class degree.

Sessions can be booked by telephoning the practice on